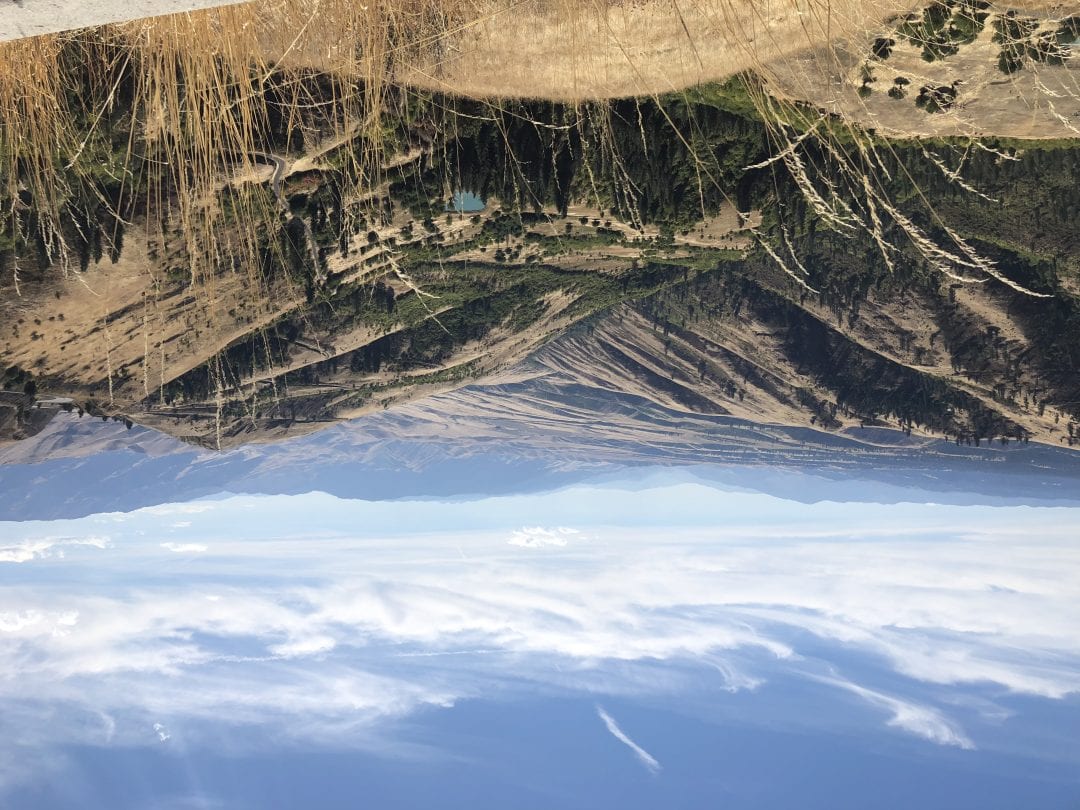 For days, we’ve heard about the steep, winding, almost 13 mile climb up White Bird Summit. After days of riding and tired legs, would we make it? Read more.

Literally, every cyclist we encountered talked about the climb up White Bird Summit. When one of us would comment on a difficult climb we had completed, we heard “wait til White Bird Summit. It’s much worse.” All sorts of descriptions. Seven miles at 7% grade. Twisting. Exposed and hot as hades.

Locals who didn’t cycle asked whether we were making that climb, with saucer sized eyes. Even this morning, as I wound through the town of White Bird at the base of the climb, a man and I exchanged greetings and he closed with “good luck on that Hill!”

The hard facts were these: 12.7 mile climb, just over 3000 feet in elevation gain. “HC” classification (Tour de France scale which ranks climbs based on difficulty, with HC (hors categorie) being the hardest. It means “beyond categorization.”) ?. Exposed to the sun, with no shade. 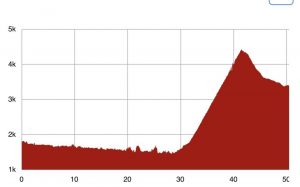 The first 27 miles of the ride were rolling slightly downhill through the Salmon River Canyon. I committed to stopping to enjoy the amazing scenery along the Salmon River. It was stunning! Definitely planning to come back and explore the canyon more! 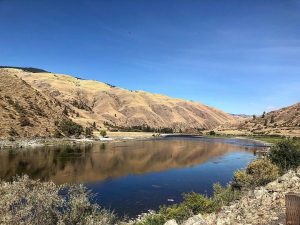 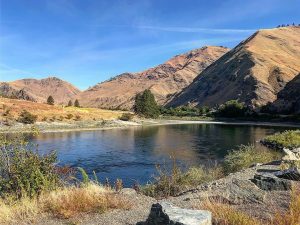 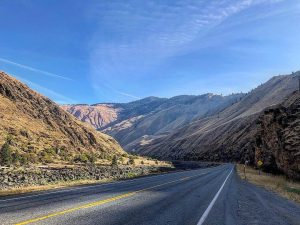 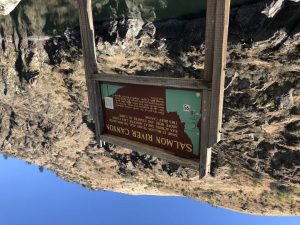 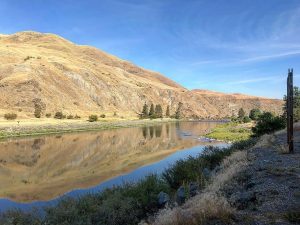 Ultimately, the only way to know if you can complete a climb is to try. As a backup plan, I asked Ann, one of our SAGs, to come pick me up if everyone else made it to the summit and I was not there.

With the back up plan in mind, I stopped in White Bird for a glass of iced tea before the climb – a southerner’s cure all! As I climbed, I realized the climb was much more manageable than predicted. Despite being in full sun, the temperatures were moderate and there was a cool breeze. And the views were awesome! As we rounded each switchback, you could back across the hills and valleys below. And the road ahead was lined with bright yellow daisy flowers.

The biggest obstacles on the climb were three cattle grates and some incredible banked switchbacks – some looked like a velodrome! Who would have thought!

A great reminder that worry is a waste of time and energy! 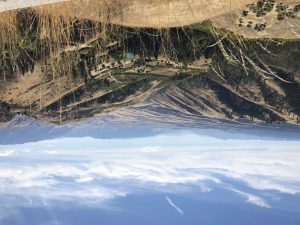 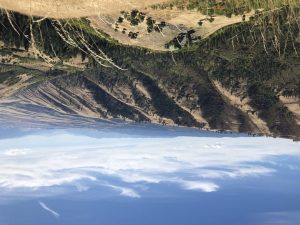 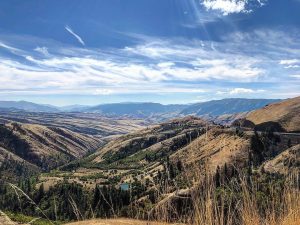 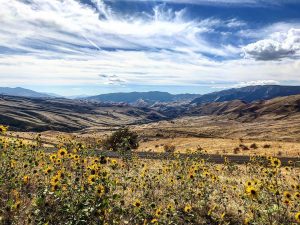 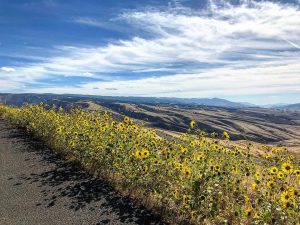 After the White Bird Summit, we descended about 9 miles, a modest 1000 feet, into the city of Grangeville. Wide open spaces in the plateau in which Grangeville is located! 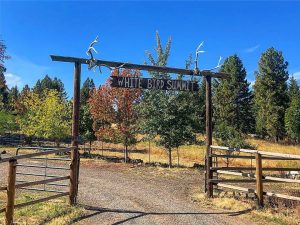 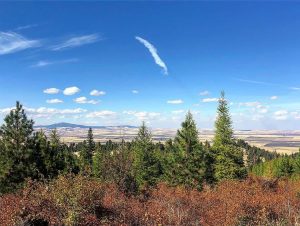 The Nez Perce won this battle, as others, but ultimately, most Nez Perce were forced onto reservations. A sad reminder of the cruelty and inhumanity inflicted in the name of Manifest Destiny. 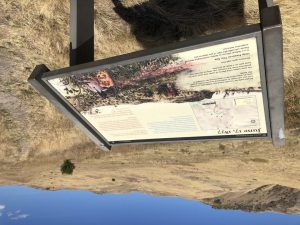 Three more days until we reach Montana and Missoula – a bit of home away from home! 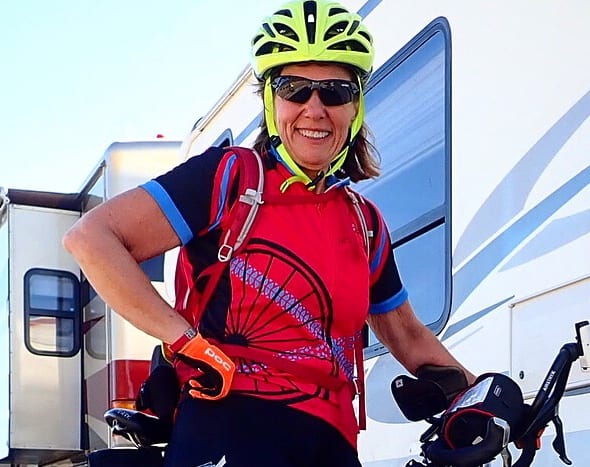 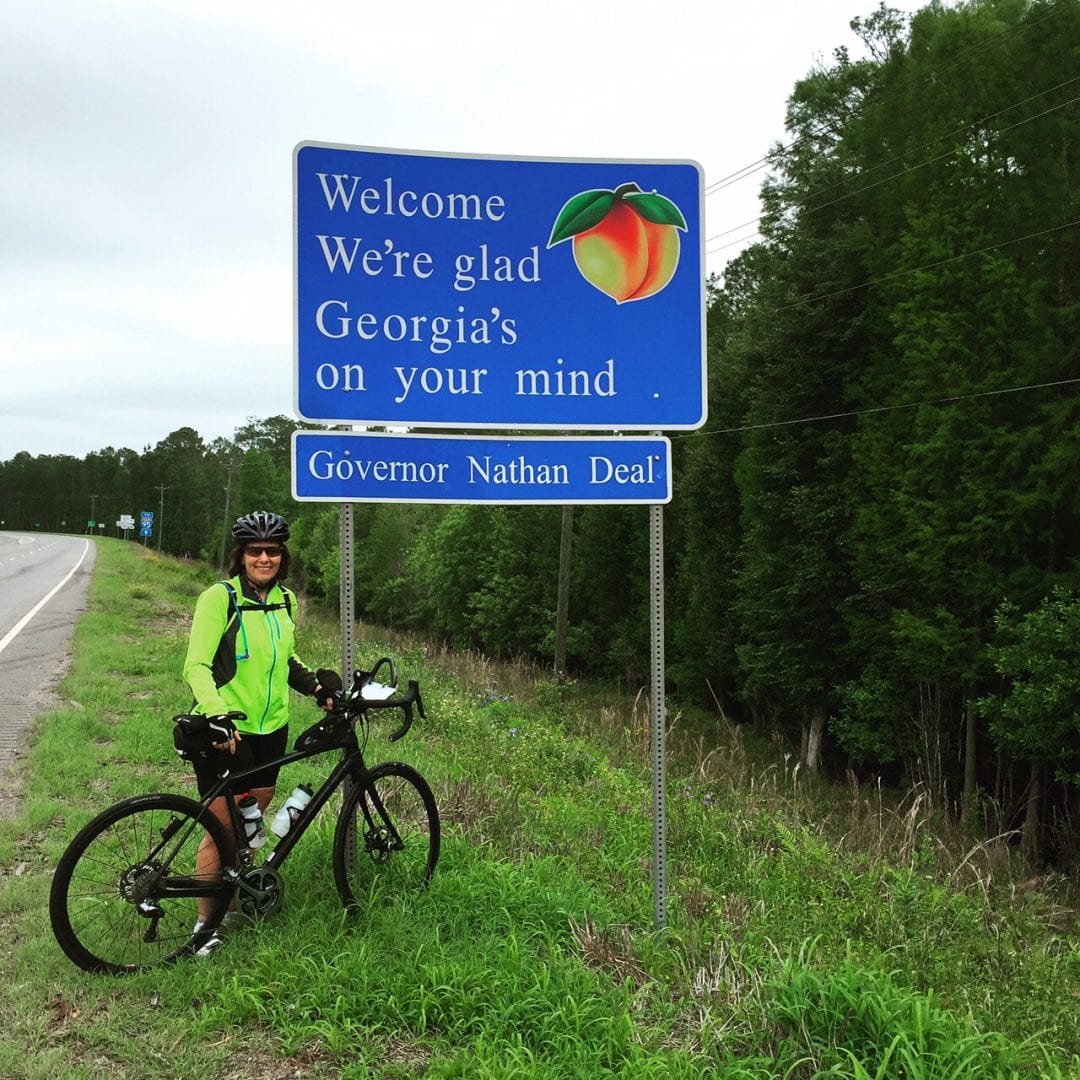 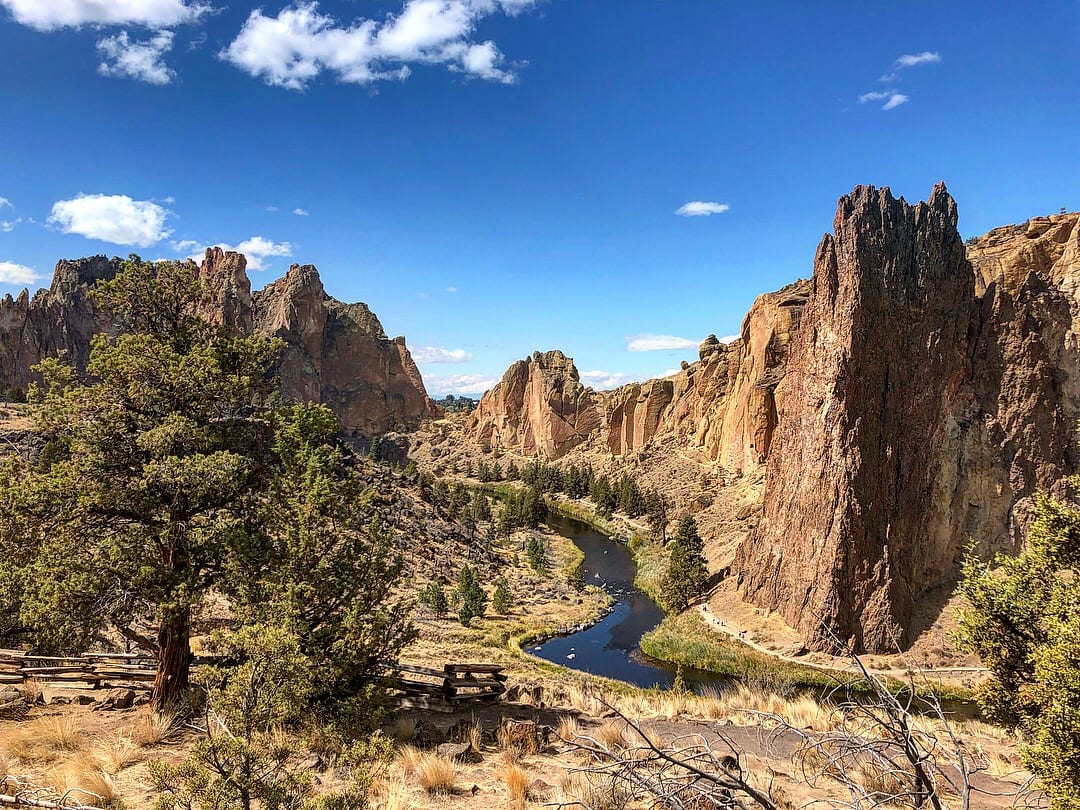